It started with a waterfall.

Originally a daytime scene but the rainbow glow was made extra magical as a moonlit night scene.

This would be a hidden lake with the ruins of some ancient civilization.

For the environment design I started with the sculpting tools directly in Unity’s terrain element, creating the lake basin surrounded by tall hills with a central waterfall.

For the nearby rock outcropping as well as the waterfall I used individual rock models to build them up.

Vegetation was initially scattered procedurally then filled in by hand.

Lake water was accomplished with the Aquas plugin, the dynamic sky with moonlight and clouds is from Enviro.

Stock Unity waterfall with multi-colored lights behind it. 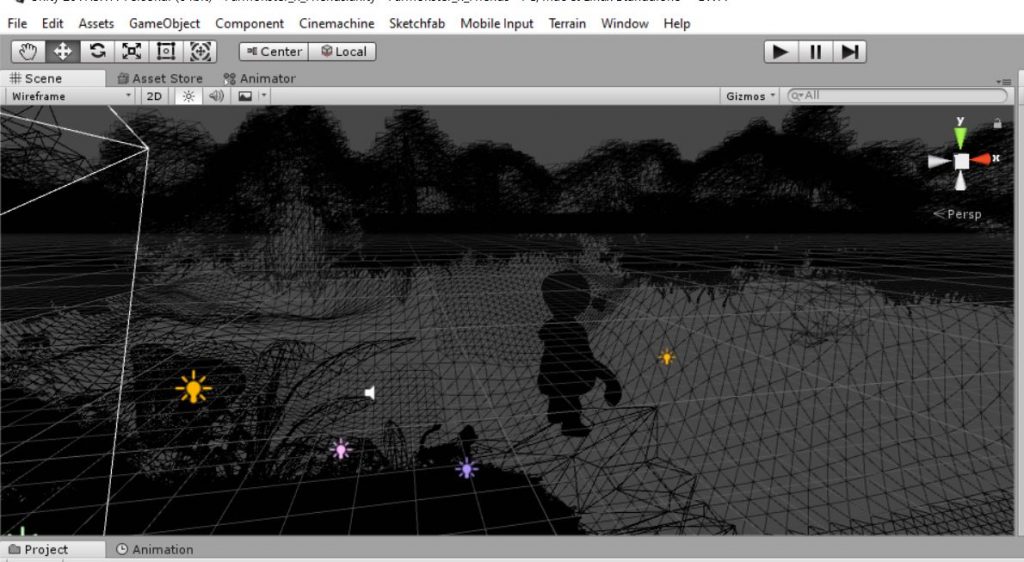 The ruins, inspired by Angkor Wat were very quickly sculpted in VR using Oculus Medium knowing they would be dark and in the far background. 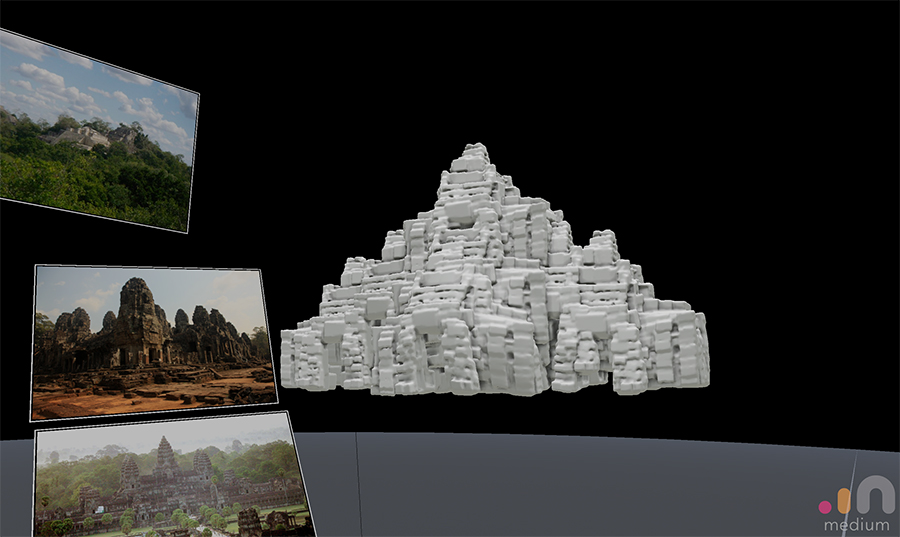 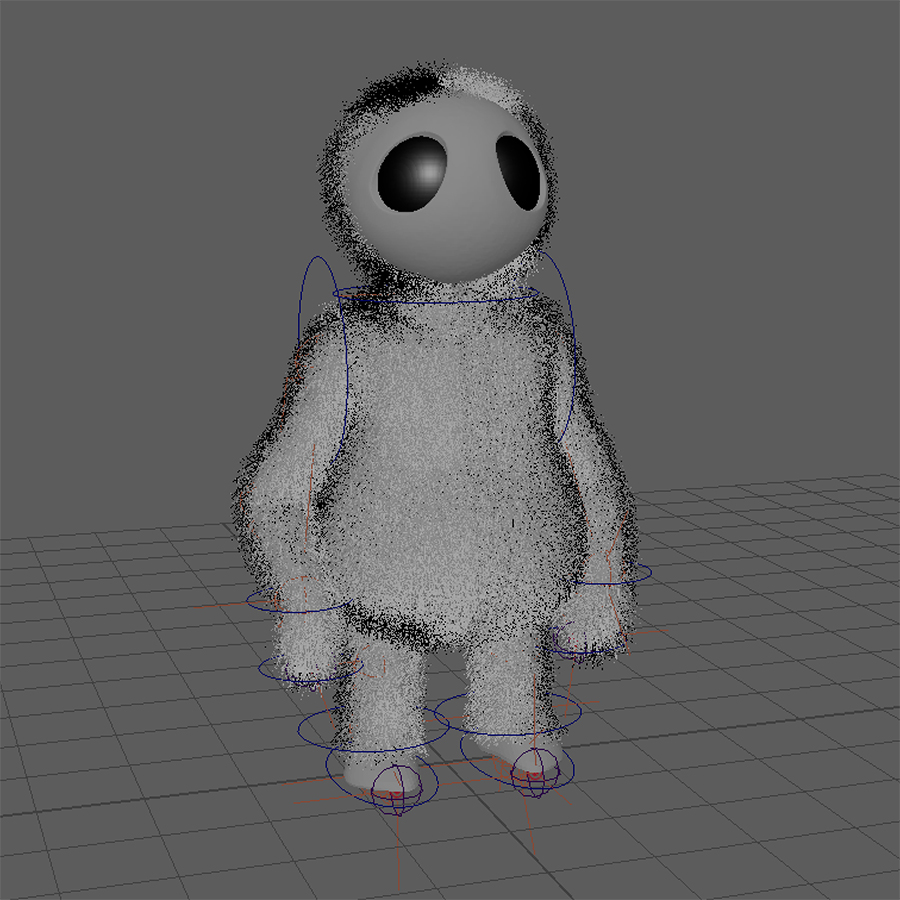 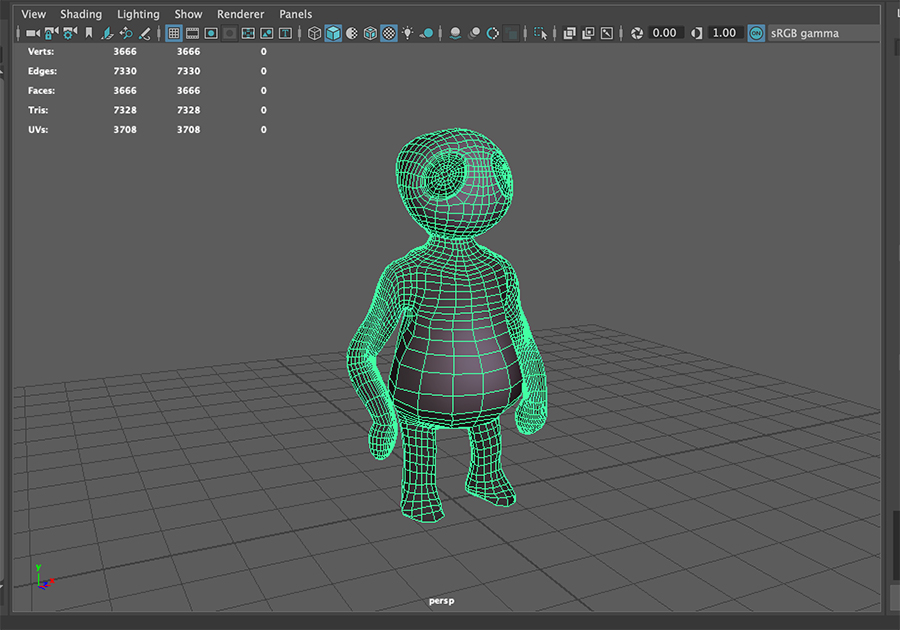 Fur Monster, the main character was sculpted in Zbrush and retopologized and rigged in Maya.

Originally with xgen hair I discovered this would not meet my needs of animating and importing to Unity.

So I just painted a hairy look on the skin texture.

The friends were all sculpted in Medium. 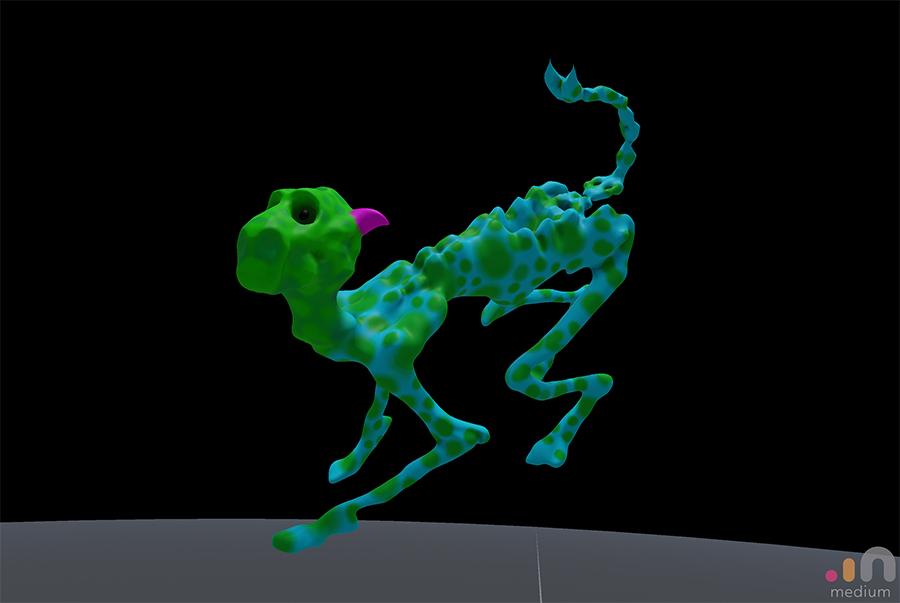 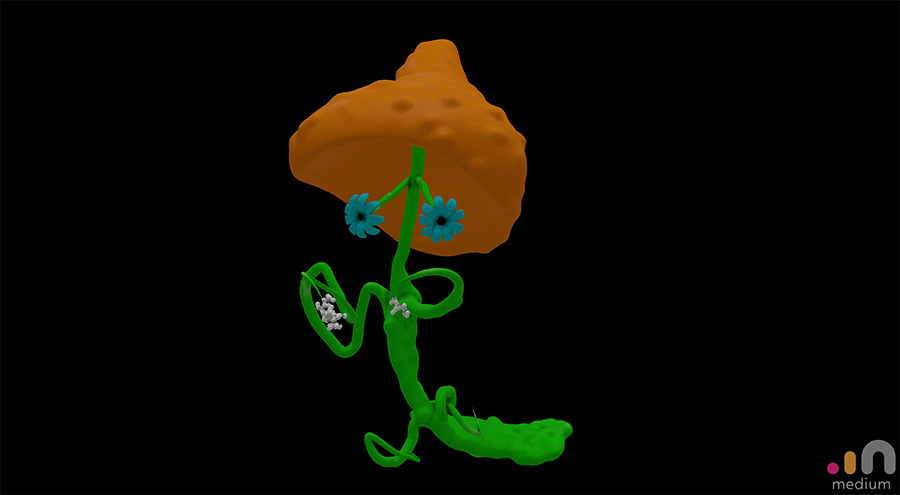 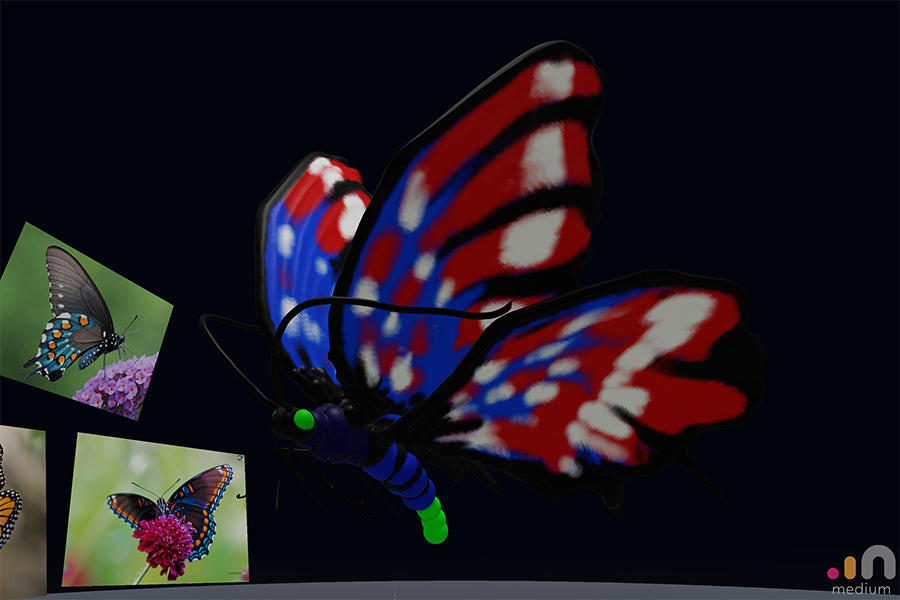 The Butterfly was brought into Maya via Meshmixer, then rigged and animated before coming into Unity.