Pilotless, drifting around HD7255019b on the edges of the Veil Nebula. The alarms drone. A lone organism stalks the ships corridors.

The main objective of this project was to create one of the those sterile but grungy-white, blinking sci-fi spaceship rooms and to use normals as much as possible in the process of making textures for all the panels with grooves and buttons. The “hero” room would be attached to a section of corridor within the ship filled with more blinking panels, pipes and grating. 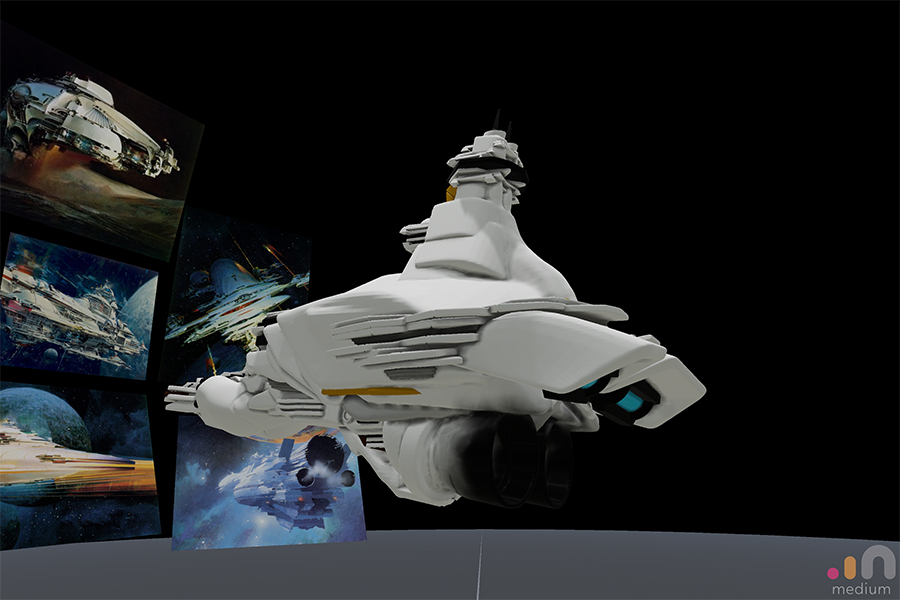 A few different spaceship designs were quickly bashed together in Oculus Medium, heavily inspired by the art of John Berkey. One design was selected based on the feature of having a long stretch of window bays (And big glowing engines. Do spaceship engines glow in space?)

As the camera exits the scene of the ship, the final victim disappears with the rest of the empty pods. 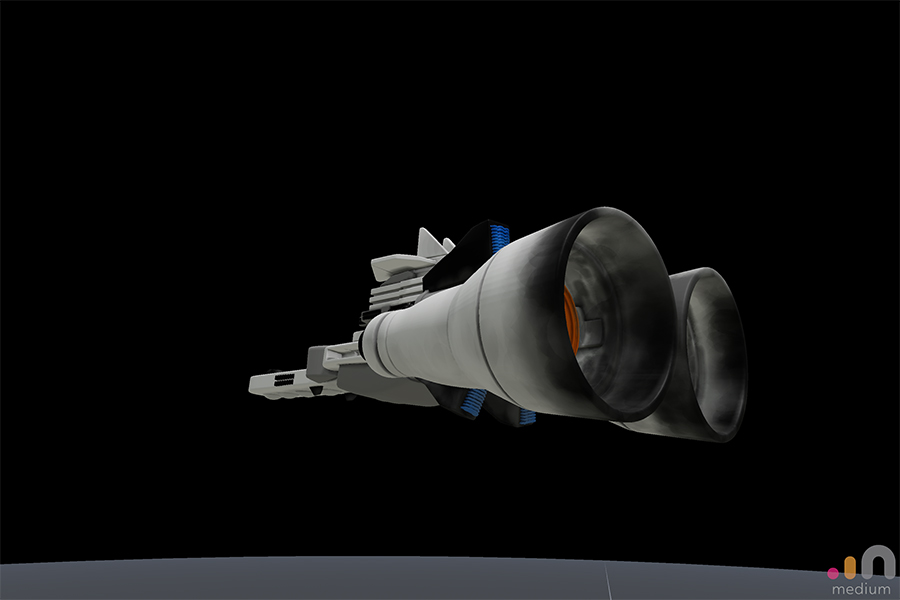 The chosen ship model was brought into Unity via Adobe Meshmixer.

Structural elements plus all the grating and pipes were created in Maya. 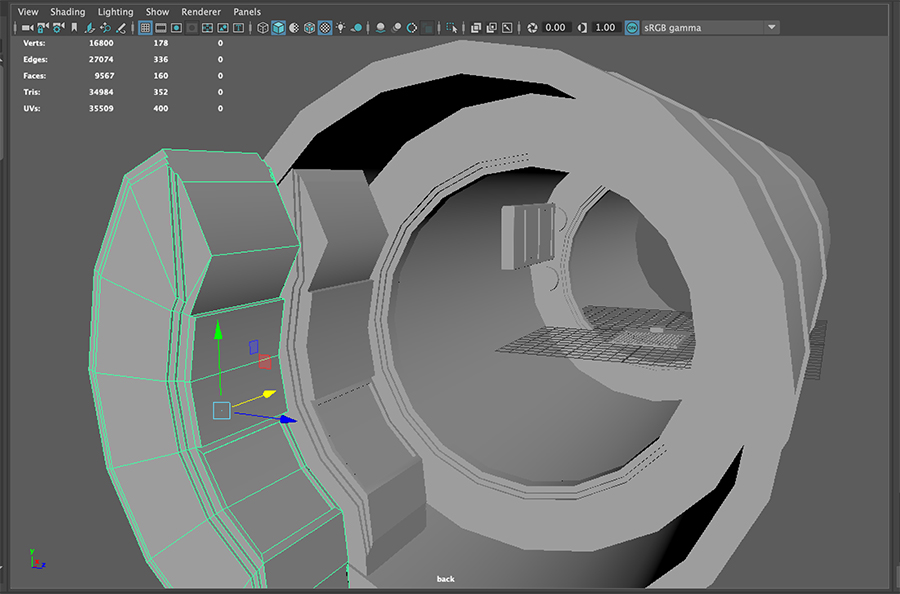 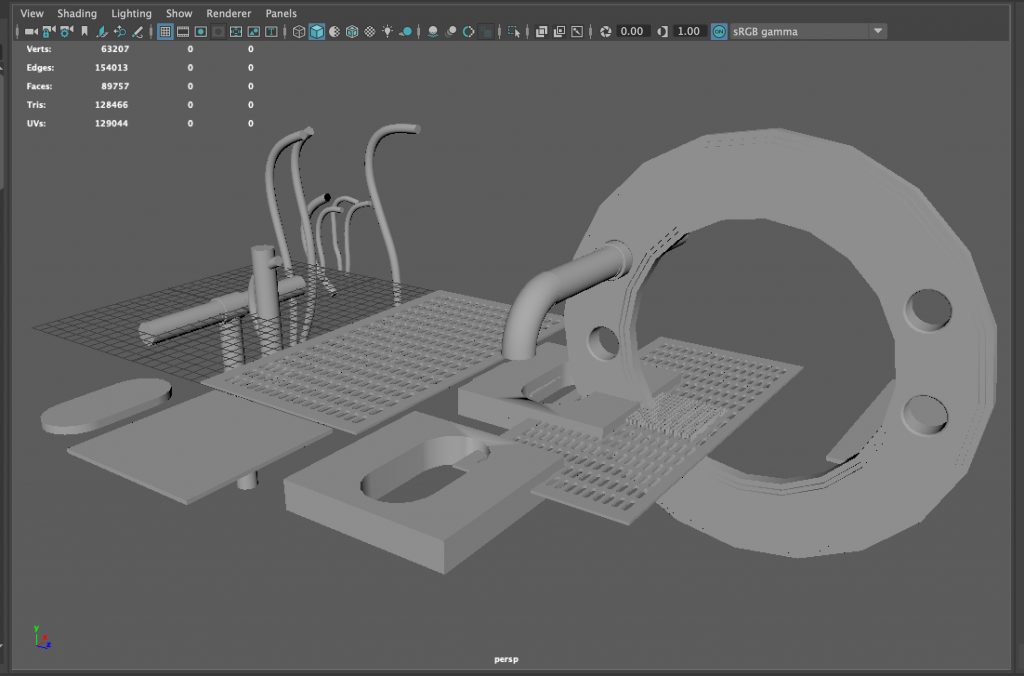 Texturing was done in Quixel Suite. 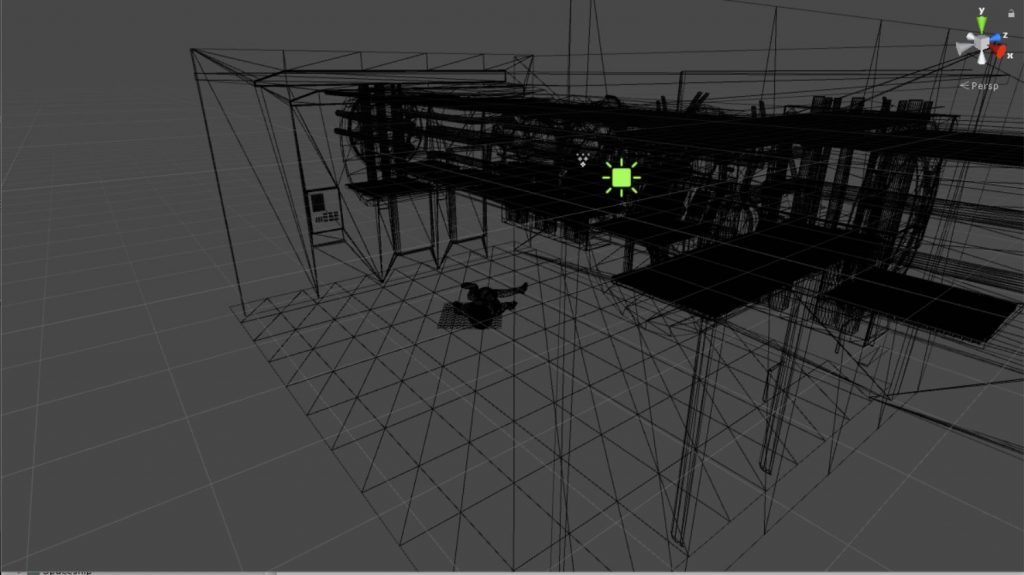 All elements were assembled in Unity.

The intrepid space explorer lies mortally wounded. We catch a glimpse of the monster as it strides past, on the hunt.