The multi-dimensional version of so many of my paintings was the first likely place to start with my first big 3D project.

A night scene in San Francisco, a chunk of a neighborhood for my urban astronaut to explore.

The house was the first thing built, modeled in Maya in a Victorian/Edwardian style. 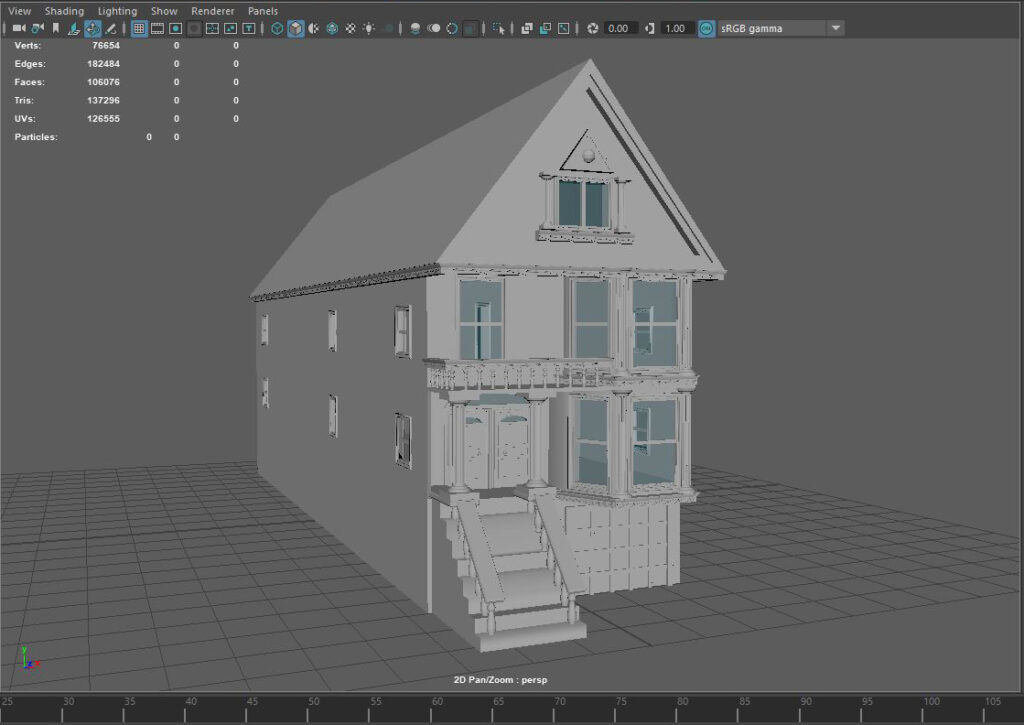 The character and the initial version of the space helmet were also modeled in Maya and have since gone through multiple upgrades and optimization. 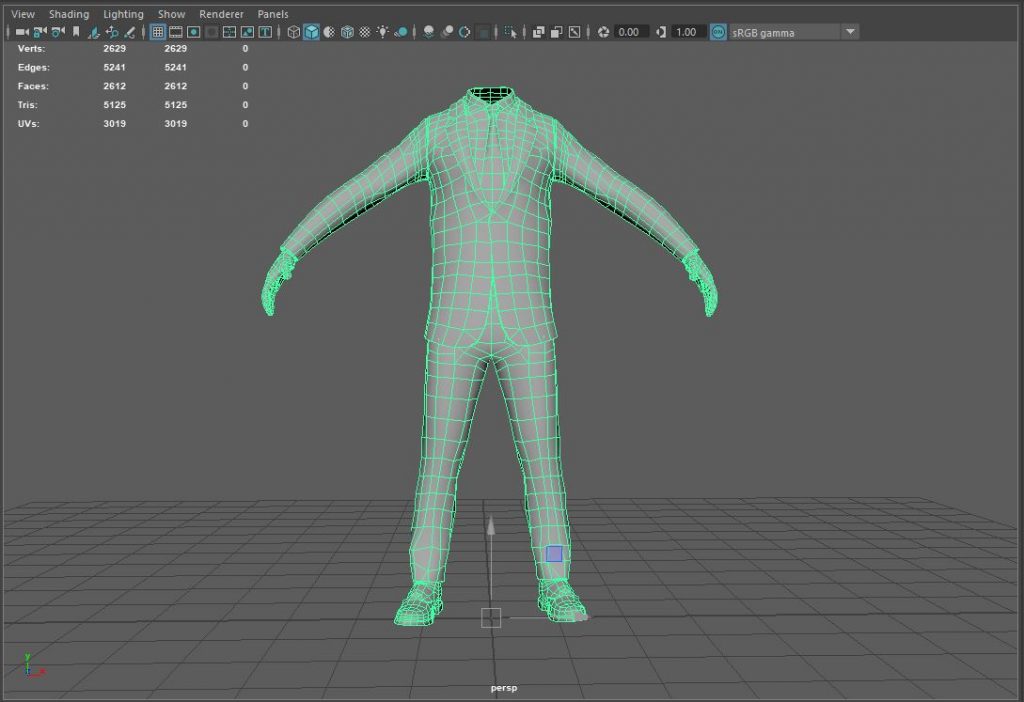 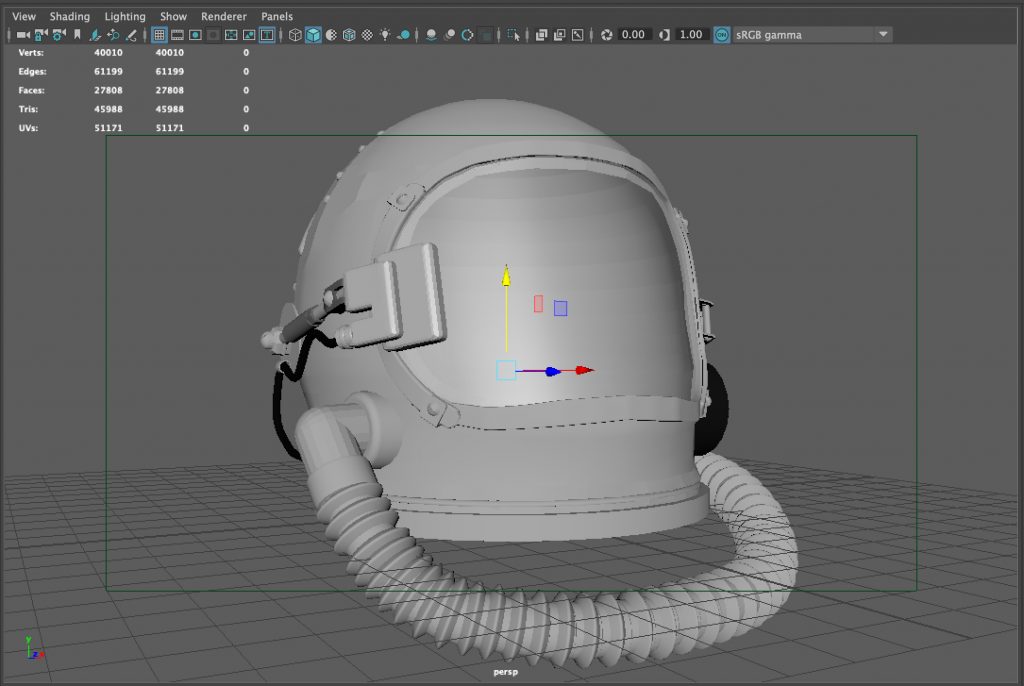 Everything was assembled in Unity. 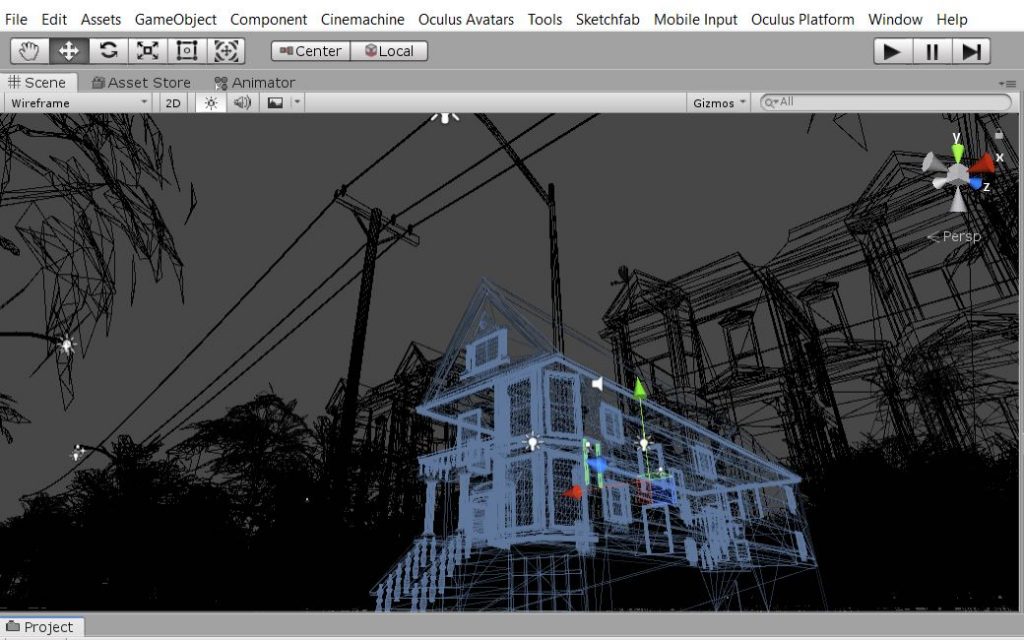 A custom skybox was created using photos taken from the roof of my first SF apartment, making this scene approximately in the Lower Haight neighborhood.

One of the rooms was outfitted with a bunch of random sourced stock models as well as some custom artwork and accessories.

A familiar painting hangs above the bed!

Animation of the character was achieved by connecting the rig to the Unity mechanim setup and dropping in motion capture clips.

The best fits were dancing ones with the speed dialed down.

This was a massive learning experience, an ongoing project with multiple uses, filled with rookie mistakes I’m constantly adding to a fix-it list.